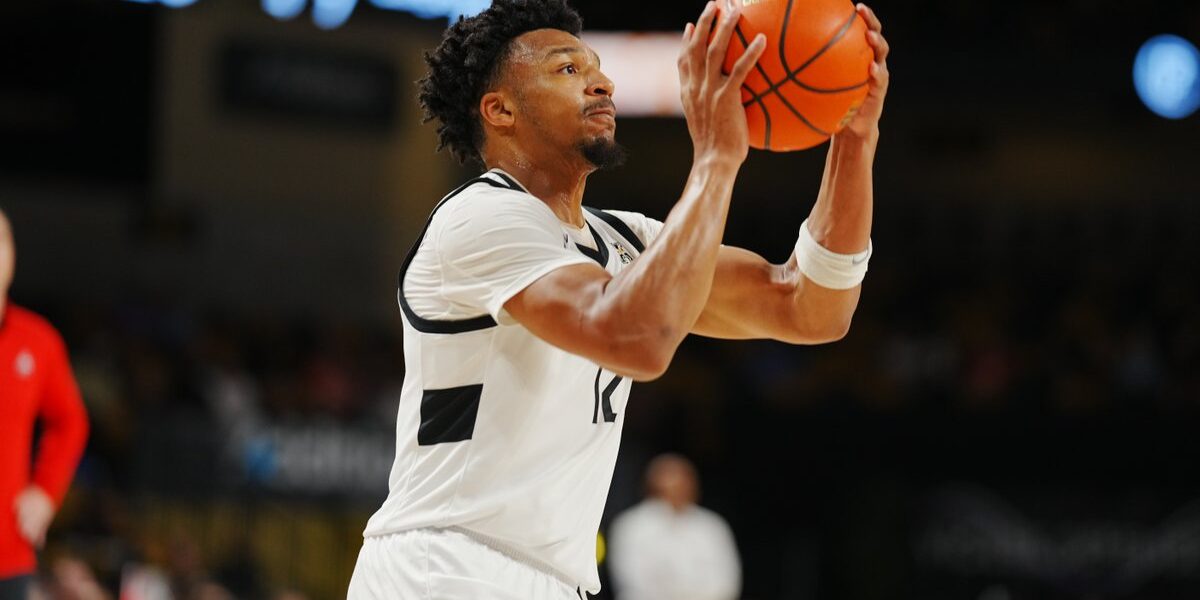 Leading the charge for the Texans is 6’6” guard Freddy Hicks, who paces them in points (17.9), rebounds (6.4) and assists (3.0). His performance has already earned him a WAC Player of the Week honor, and he was sorely missed by his teammates when a foot injury sidelined him for a pair of contests earlier in the year.

Next is 6’6” Junior forward Jackorie Smith, who’s in his first season with Tarleton State after previously playing at East Mississippi CC. He averages 11.5 points, 3.5 rebounds and 2.1 steals per contest. Also in double figures is 6’4” Junior guard Lue Williams, a transfer from Coastal Alabama CC who puts up 10.3 points and grabs 3.7 rebounds per game.

With no player on their roster taller than 6’7”, the Knights should have a decided advantage when it comes to points in the paint, as well as rebounding.

In just their third year in Division I, the Texans are already making their presence felt in the Western Athletic Conference under the tutelage of Coach Billy Gillispie. Their biggest win so far this season was a 16-point decision over Boston College out of the ACC, the program’s first-ever win over a Power 5 opponent. (If Tarleton should happen to pull the upset, would UCF count as the second?)

Tarleton State has already played an in-conference foe of UCF this season, dropping an 83-71 decision to Wichita State on November 26.

Through their first nine contests, Tarleton State is averaging 75.3 points per game while giving up 66.7.

In case you were wondering: Yes, the Texans’ coach is that Billy Gillispie … the one who was arguably the hottest college basketball coach in the country when he was hired by Kentucky in 2007. Let go by the Wildcats after just two seasons due to issues on and off the court, he landed at Texas Tech in 2011 but lasted only one miserable season there. Stories of questionable motivational methods and four-hour practices were among the litany of allegations that surfaced subsequent to his departure from Tech.

Prior to taking the reins of Tarleton State in 2020 (the same year they became a Division I team after being a DII powerhouse), Gillispie, now 63, was coaching at Ranger College, a junior college about 40 miles from the Tarleton State campus, which is located in Stephenville, TX.

While at Ranger in 2017, Gillispie was diagnosed with Stage 4 kidney failure. News spread of his condition and the wife of Northeastern State’s men’s basketball coach was deemed a match. In April 2018, he underwent a successful transplant. “There’s no way to explain the amount of grateful feelings you have for someone that’s just donated their life to you,” Gillispie says of his donor, Ericka Downey.