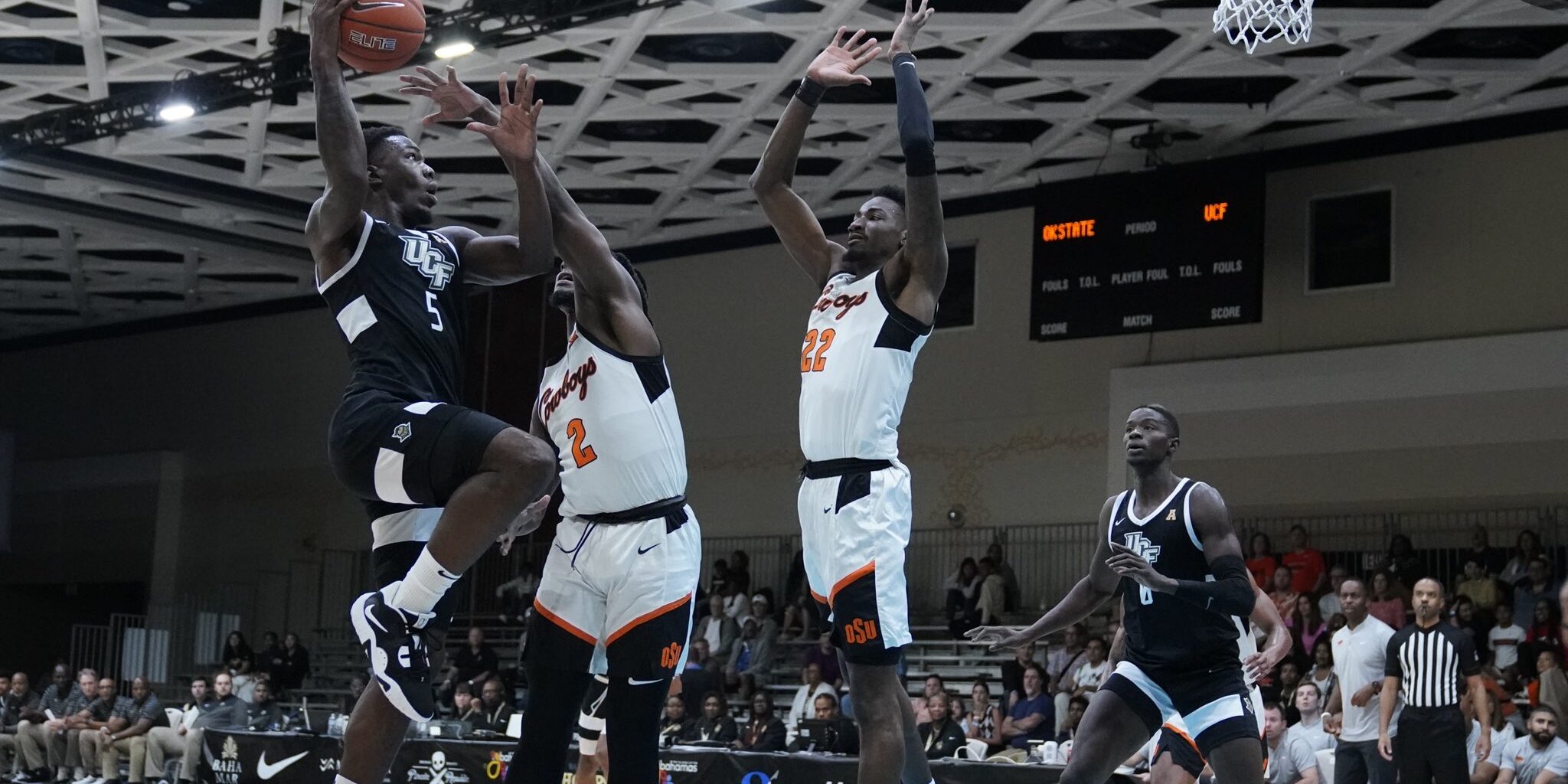 After handing DePaul its first defeat of the year, the Santa Clara Broncos are UCF’s opponent in the Baha Mar November 20 tournament final. The winner takes home the “Bahamas Championship”. The Broncos took control of their semifinal game against DePaul midway through the first half and coasted from there.

Though the Broncos lost three of their top four scorers from last season’s NIT team (including 2022 NBA first-round pick Jalen Williams), they are much different from the Knights. The majority of their output comes from returnees with one very notable exception, namely Brandin Podziemski, the 6’5” Illinois transfer.

After averaging less than two points per game as a freshman for the Illini last season, Podziemski has exploded onto the scene for Santa Clara. Through the first four games of the season he’s averaging 24.3 point, 9.0 rebounds and 2.8 assists per game.

“Right now our defense is definitely ahead of our offense – and that’s not a bad thing,” UCF Coach Johnny Dawkins remarked immediately following the win over Oklahoma State. Well said! The win against the Cowboys was not always aesthetically pleasing, but when you hold your opponent to a 2-20 success rate from three-point range, you will always stand a chance to win.

If UCF is to walk away with the Baha Mar tournament championship hardware, they will most likely need to limit the extent of Podziemski’s damage. The talented lefty has connected on 11 of his 25 three-point attempts (an impressive 45.8% clip) and has a quick release on what is a very smooth jumper. He’s also crafty enough to score points in the paint. As usual, the Knights will need to keep the turnovers to a minimum and win the battle on the boards. As a team, the Broncos have seven players who average at least three rebounds game.

Santa Clara is led by Herb Sendek, one of the country’s most underrated coaches. Now in his 29th season as a head coach (seventh at Santa Clara), he was included in the prestigious 2020 “100 Most Influential People in Men’s College Basketball” list. Some of the notable players he’s coached are James Harden, Julius Hodge and Wally Szczerbiak.

Santa Clara is a member of the West Coast Conference, which is also the home of Gonzaga and, currently, Brigham Young.

Who’s the most famous Santa Clara men’s basketball alum, you ask? That’s an easy one! It’s none other than NBA icon Steve Nash.

A quick reminder that Baha Mar Tournament games can be seen on the CBS Sports Network.