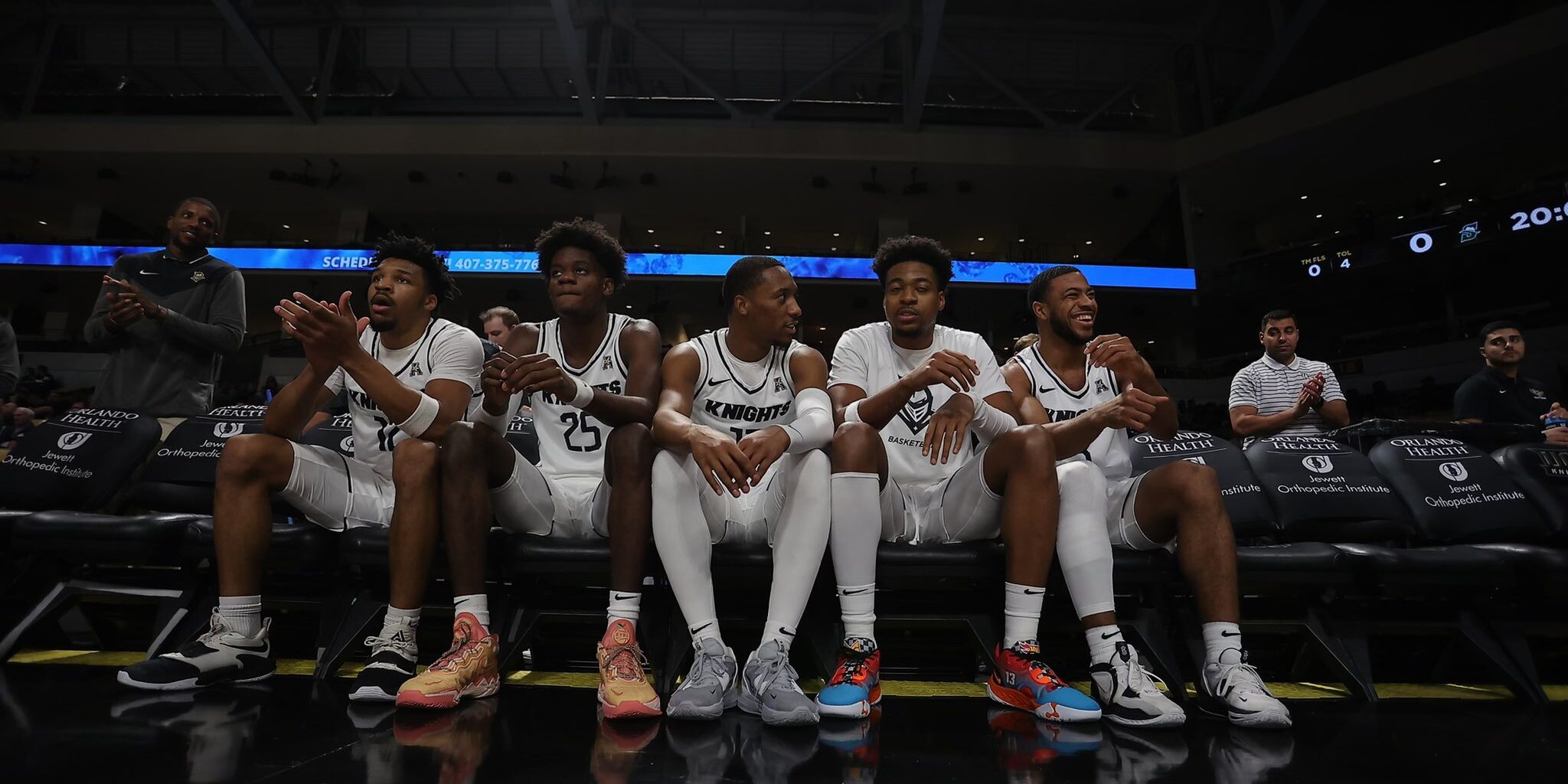 The Knights bounce back with 73-58 win over Stetson

A familiar face returned to UCF Wednesday night in former Knights and current Stetson Head Coach Donnie Jones. The Hatters were looking to upset the Knights but came up short thanks to a late run sparked by Ithiel Horton’s thunderous poster dunk. It would not be a happy homecoming for Jones. Final: UCF 73-58 as the Knights improved to 9-3.

Staving off the three-pointer from opponents

Coming off the loss to Mizzou, the Knights struggled to guard the three-pointer. A couple of days later, Stetson shot the three very well early and that kept the Hatters close. UCF has had issues with scoring droughts this season and I’m not sure if it’s bad luck considering UCF’s strong defense, but opponents seem to strike every time during those droughts, especially from three.

Reiterating collective effort, I want to point out the outstanding performances from Taylor Hendricks and Darius Johnson. Both players recorded double doubles with Johnson recording 16 points and 10 assists and Hendricks tallying 16 points and 10 rebounds. After the game, I asked Johnson about the identity of the team and about sharing the wealth on offense. “Our winning identity is defense, making sure we lock in for 40 minutes and playing the best defense we can play,” Johnson said. “Offense is going to come along because we have such talented scorers on our team.”

This is exactly what you want to hear from the Knights’ point guard. Johnson trusts the teams’ scoring ability. Another player that should be highlighted is Ithiel Horton, who has really found his stroke by hitting important shots in both games. With Johnson distributing the ball like he has, having talented shooters like Horton around him and the team’s defensive mindset, you can see the Knights are putting together a winning formula.

Horton Hears a Who!

Up to this game, Horton has been flying under the radar despite great shooting performances. Going into AAC play, I expect Horton to play a huge role based on his experience at Pittsburgh, already playing in huge away games and providing that offensive spark for the Knights.

Overall, the Knights put up a respectable performance against Stetson and have set themselves up favorably going into AAC play. Johnson made clear the team’s mindset: “Now it’s back to 0-0.”

Next up: The Knights host the Wichita State Shockers at Addition Financial Arena on Wednesday, December 28 at 7:00 PM EST. The game will stream on ESPN+.