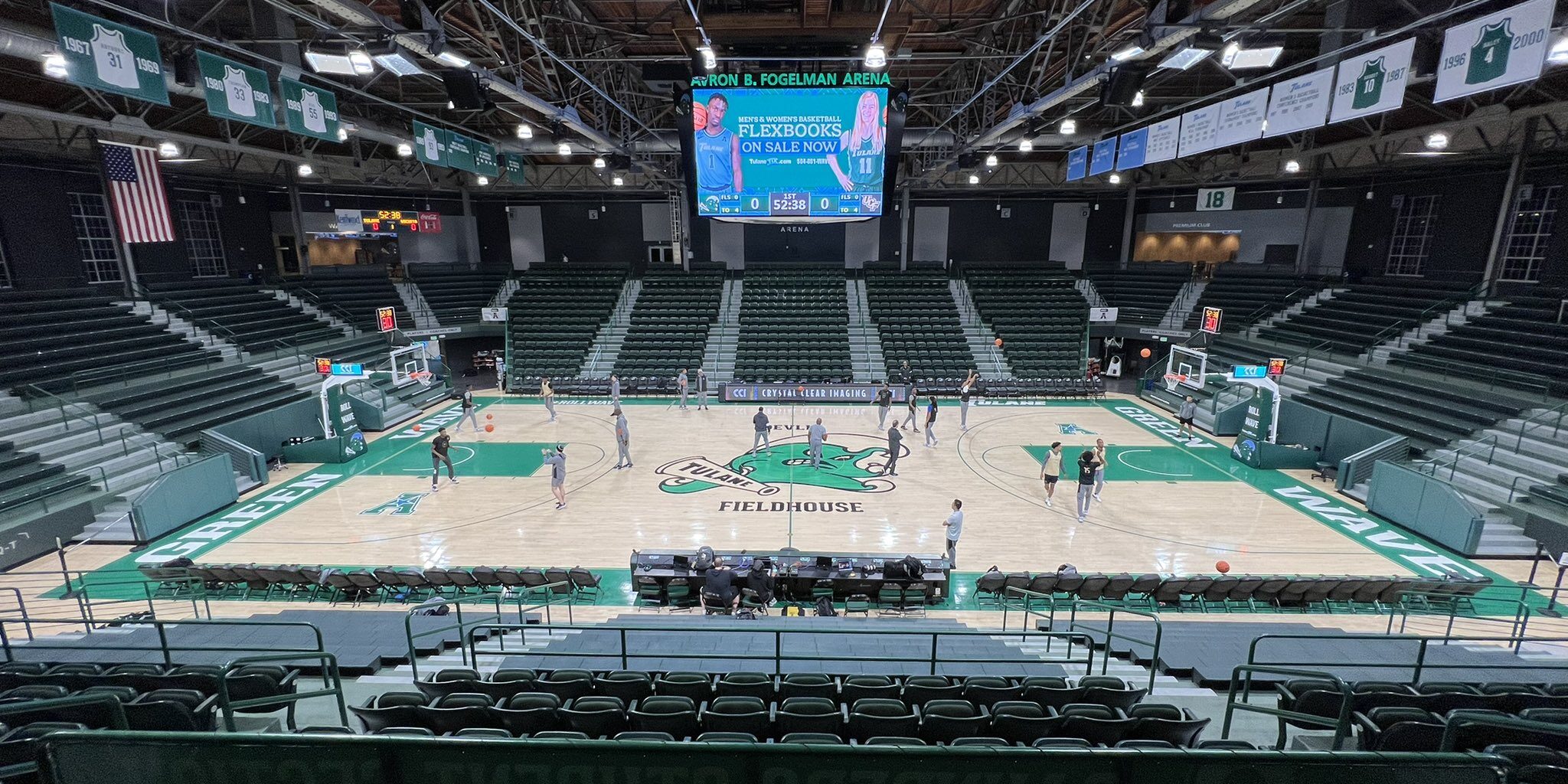 Following a double overtime win over Memphis, the UCF Men’s Basketball team was riding confident into Tulane for a Saturday afternoon American Athletic Conference matinee. Maybe a little too confident as the Knights shot the basketball at will but struggled to connect. An abysmal shooting performance, along with a handful of turnovers, gave Tulane the 77-69 victory over UCF. The Conference loss saw the Knights fall to 4-2 in AAC play and 13-5 overall.

Coming off the most prolific offensive performance for the basketball program since 2015, UCF’s goal was to keep up that same offensive pace, but in an efficient manner. The Knights were a shell of themselves offensively in New Orleans, shooting 27% from 3-point land and 37% overall. Basketball is a tale of two halves and for UCF the first half buried them, with an even worse shooting percentage of 25%. Despite a valiant attempt to get back into the game in the second half, UCF could not overcome a deficit as high as 19 points. To be successful, UCF must find a way to play offense efficiently.

Are Injuries to Blame?

The Knights came into Tulane depleted. missing three of possible five starters. CJ Walker is out for the year, Michael Durr is expected to miss several weeks after hand surgery and Darius Johnson has been sidelined since the ECU game with a foot injury. We saw what the team was capable of doing vs. Memphis without these key players. The Knights generated offense and played top defense. Now this question: Can guys like Thierno Sylla, Lahat Thioune and P.J. Edwards carry the team as each saw limited minutes against Tulane?

Head Coach Johnny Dawkins put out a very small lineup as Taylor Hendricks was running the Center spot and really stretching the floor. Brandon Suggs and Tyem Freeman made the start over C.J. Kelly and either Thioune or Sylla for that Power Forward spot. Freeman showed up big time with a career high 22 points, while Thioune, Sylla and Edwards combined for two points with limited minutes. If Durr and Johnson are going to be out for an extended amount of time, it would behoove Coach Dawkins to get the bench role players more minutes for chemistry and rep purposes. All his players have the talent to start, it’s about putting a plan together for those players to succeed without depending on Horton, Hendricks and Young to give you nearly 40 minutes a game like during this Tulane game.

Tyem Freeman has stepped up in an impressive way to help the Knights in the absence of Durr and Johnson. Freeman put up a highly respectable stat line versus Tulane, registering 22 points, seven rebounds and four assists. Freeman was a player that was lucky to see 10 minutes a game on a fully healthy Knights team. With the injuries we are seeing how deep this team truly is. Look for Freeman to work himself into the starting lineup in a fully healthy team. A sure fire sixth man for Knights at minimum.

Next up: The Knights travel to Tampa to take on USF at Yuengling Arena on Saturday, January 21 at Noon EST. The game streams on ESPN+.