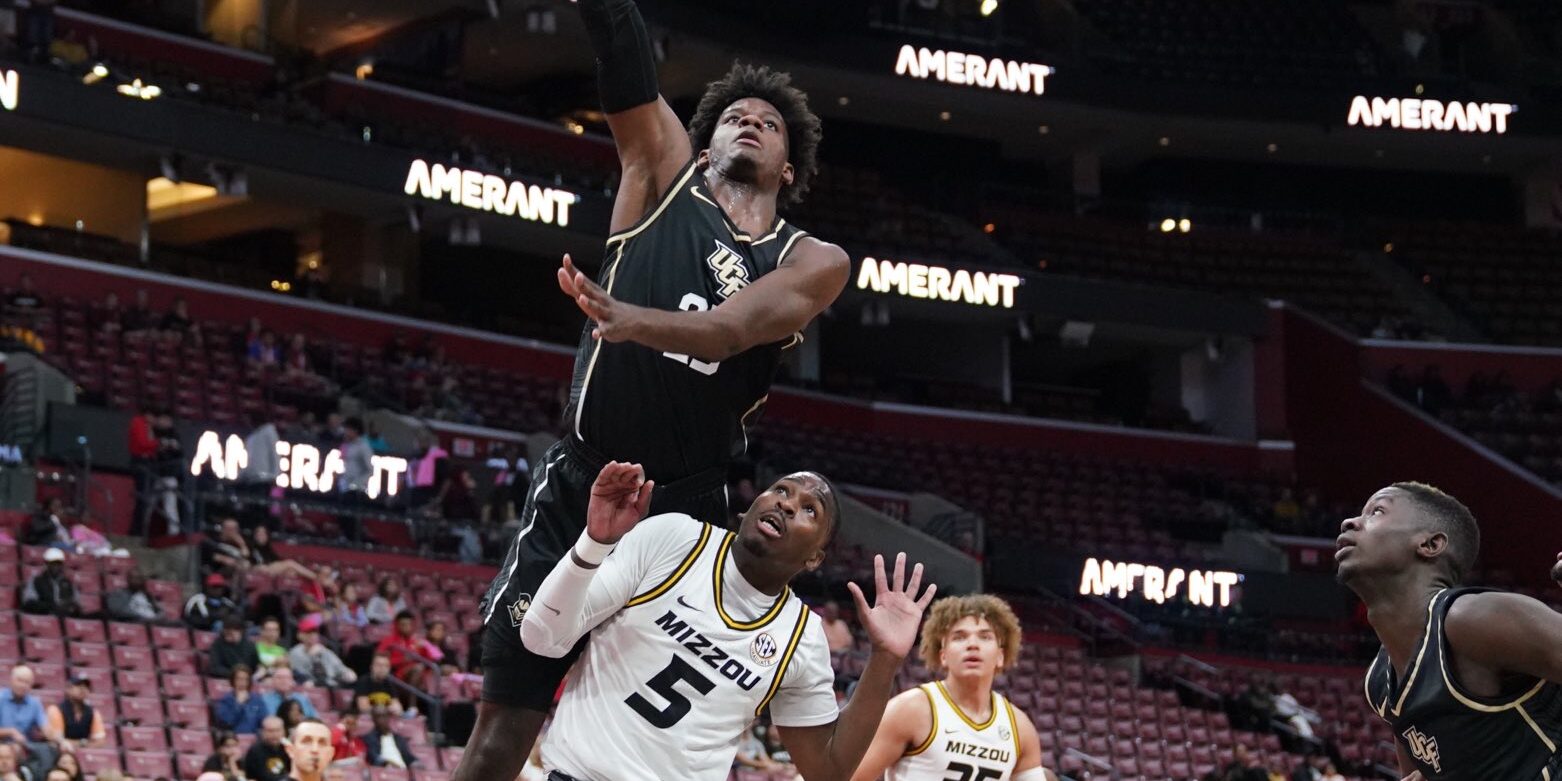 Missouri Guard Deandre Gholston’s three-point heave as the clock expired sent UCF to a gutting 68-66 loss in the Orange Bowl Classic in Sunrise on Saturday.

Much like in the Ole Miss game, a UCF 72-61 win, a hot start saw the Knights take a 10-0 lead thanks to early steals and three-pointers from Darius Johnson. A Mizzou timeout intended to stop the Knights’ run worked as the Tigers went on a 18-6 run. During that stretch, 15 of Missouri’s points came from three-point range.

With a 36-35 lead for UCF coming out of halftime, the Knights struggled to record a basket in the first four minutes of the second half. Mizzou took full advantage and pulled away to a 14-point lead. The Knights fought their way back into the contest, closing Mizzou’s lead to two points with a minute left in the game. Down 65-63, Taylor Hendricks made a clutch three pointer to put the Knights up by one with 54 seconds left to play. On the ensuing Mizzou possession, UCF got a stop on defense and an opportunity to stretch the lead. However, the Knights missed the mark, Mizzou got the rebound and UCF fell to 8-3 on a heart-breaking buzzer beater.

Various times this season I have been vocal about how important it is for this team to get out to a hot start offensively. UCF showed offensive urgency in the opening minutes against Ole Miss and Mizzou.

However, the Knights have had four-plus minute stretches in each of those matchups in which they failed to record a field goal. Can the Knights maintain a sense of urgency throughout a game? Doing so may prove the difference in UCF’s favor in close matchups.

The Knights have scoring threats across the roster. As team chemistry builds, the Knights features a handful of players who can really pick up the offensive slack. Against Mizzou, Ithiel Horton lit up the scoreboard with his clutch three-point shots while leading the team in scoring with 19 points. The Knights have had five different guys record game highs this season, spotlighting the team’s depth and individual offensive talent.

Close but no Cigar!

UCF’s three losses have come by a combined seven points. A challenge for UCF Head Coach Johnny Dawkins and his players is to figure out how to make these close games swing in UCF’s favor.

The Knights have a lot of positives to take from the game. Game after game, UCF has shown unwavering poise and determination to comeback. It is part of their identity. Expect this team to fight throughout the season. If I’d told you UCF would win one of two games against SEC opponents, most fans would have been happy with a split.

Next Up: The Knights host the Stetson Hatters at Addition Financial Arena on Wednesday, December 21 at 7:00 PM. The game also airs on ESPN+.