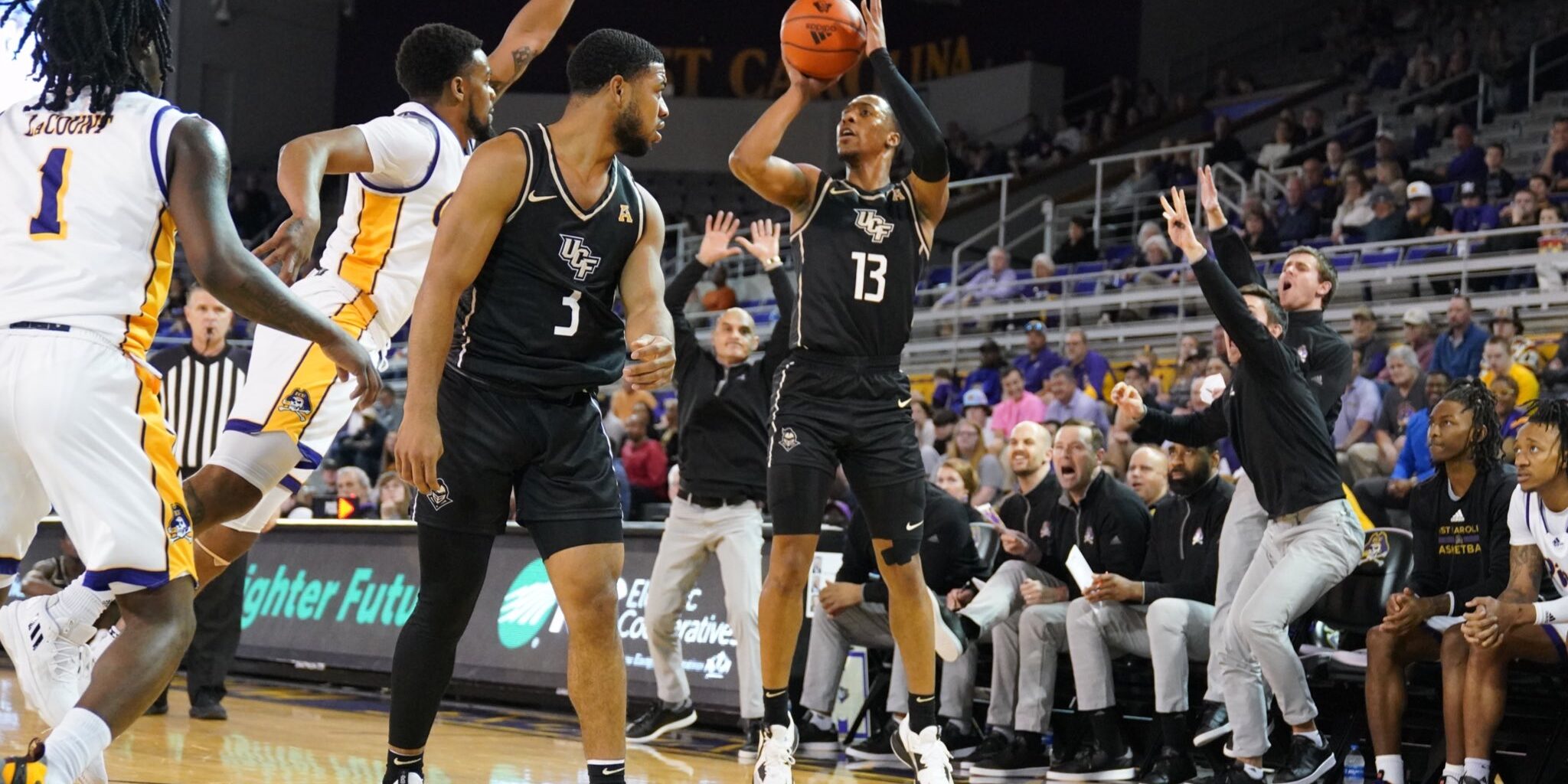 Behind CJ Kelly’s career-high 30 points, UCF escaped Greenville, North Carolina with a 64-61 win over ECU. The Knights move to 2-1 in the American Athletic Conference and 11-4 overall.

It may come as no surprise to the avid fan that UCF basketball games have been rather tight this season when the Knights face tougher opponents. The key problem is the Knights execution has been poor offensively in the closing minutes of a game. UCF keeps finding the most inopportune times to not score.

What seems to be the trend is that in every game they have trailed extensively, they have generated offense to close the gap like they did vs. Oklahoma State, Miami, Mizzou, and Houston. While most of those games ended up being losses, their offense showed up in the closing minutes as each game went down to the wire.

There’s enough offensive talent on the team. What can UCF Head Coach Johnny Dawkins do to help his team close out games in victory?

UCF’s leading rebounders the last two games have been Darius Johnson and Ithiel Horton. When it comes to 50/50 balls and rebounds, UCF has struggled at times. Fortunately for the Knights, they outrebounded ECU 39-32.

I would like to see Coach Dawkins utilize big men Michael Durr, Lahat Thioune and Thierno Sylla more focused on rebounds. It would help take the team to new levels. UCF already has guards capable of rebounding. Just imagine the rebounding potency getting Durr involved a bit more.

A savvy 5th year Senior, CJ Kelly is the type of player UCF needs to protect at all costs. He has been their Knight in shining armor when the team is in need of hitting clutch shots and playing lock down defense. Kelly scored a career high 30 points vs. ECU Wednesday night making him the first Knight to eclipse 30 points this season and the first since Brandon Mahan did so in 2020.

Kelly has all the tools to be the number one guy on both ends of the floor and his performance vs. ECU exemplified that. Look for Kelly to earn Coach Dawkins trust as the guy to hit the last shots of the game.

Final Thought: The Knights improve to 11-4 and 2-1 in conference play. These last two road game, including a six-point loss at then 3rd ranked Houston, should serve as  good preparation for a challenging slate of conference games. Something to watch: Guard Darius Johnson left Wednesday’s game with an ankle injury.

Next up: The Knights host the SMU Mustangs at Addition Financial Arena on Sunday, January 8th at 2:00 PM EST. The game also streams on ESPN+.