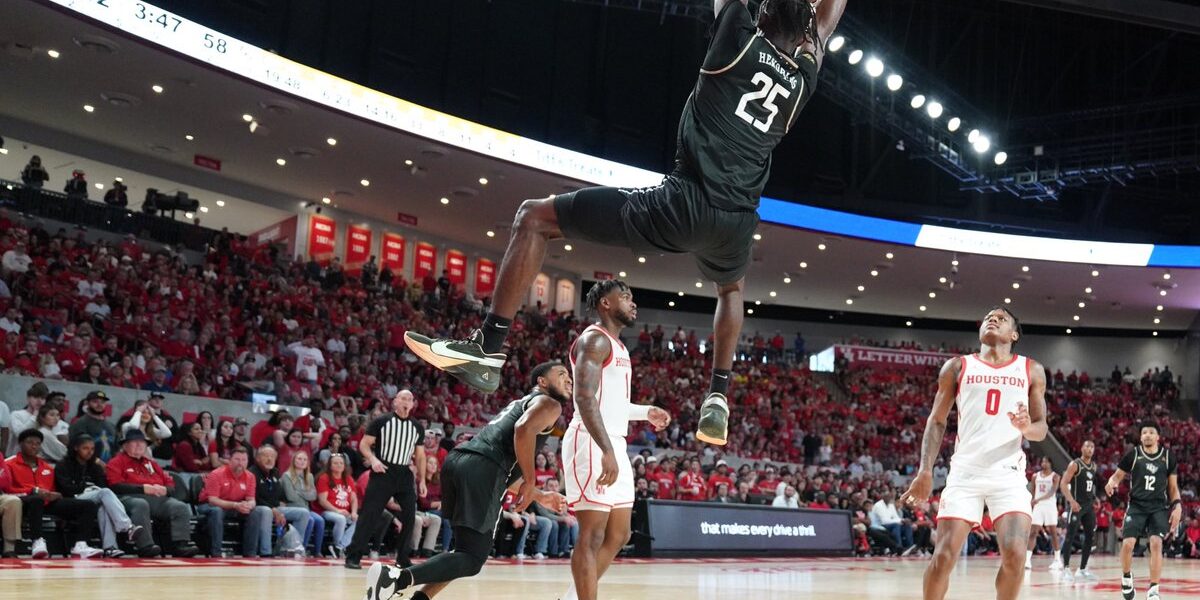 Despite being a heavy underdog in its first American Athletic Conference game on the road, the UCF Men’s Basketball team fought to the wire before losing 71-65 at the 3rd ranked Houston Cougars. UCF is now 1-1 in the AAC and 10-4 overall.

UCF Head Coach Johnny Dawkins has been very vocal about composure throughout the season as it’s something he harps on during practice. For younger players it can be a difficult concept to grasp; it’s something acquired through experience.

Case in point: After a fairly positive start in a hostile environment, Guard Darius Johnson was called for a flagrant one. Johnson found himself tangled up with Houston Small Forward Tramon Mark and the refs said that led to some unnecessary shoving. This flagrant proved a massive momentum shift in the Cougars’ favor as Mark hit both of his free throws during a 13-2 run. Perhaps this experience will help the Knights better respond to Coach Dawkins message the next time tempers flare on the court.

In a tough road environment, UCF coaches and players effectively executed on many 2nd half adjustments. The Knights had a five-point lead in the second half and fought hard to keep it by crashing the boards and distributing the ball better than in the first half. UCF doubled their stats in every statistical category they were struggling in during the first half, particularly in the rebounding department and the assists column.

Moving forward, this second half vs. Houston is what I would like to call a glimpse of the amount of improvement that may be yet to come for UCF.

Breaking Down a #1 Ranked Defense

Defense is certainly this team’s identity, and they keep showing they are not intimidated by the other team’s defense. Based off what we saw from the Knights second half performance, passing the rock often, and I must emphasize often, helped break down Houston’s defense – extra passes helped the Knights find open three-point shots and open players in the paint. Look for the Knights to keep passing the ball often as it worked versus Houston’s stellar defense.

That’s a Wrap: All in all, UCF and its fans can be proud of the outing vs. Houston. Cougars’ Head Coach Kelvin Sampson has nothing but respect for Coach Dawkins and his team. Should UCF build on its first game against Houston, it might find itself springing the upset against the Cougars at home on January 25th in what could be UCF’s biggest game since the 2019 NCAA Tournament matchup vs. Duke.

Next Up: The Knights travel to Greenville, North Carolina to take on the East Carolina Pirates at Minges Coliseum, on Wednesday, January 4th at 7:00 PM EST. The game streams on ESPN+.