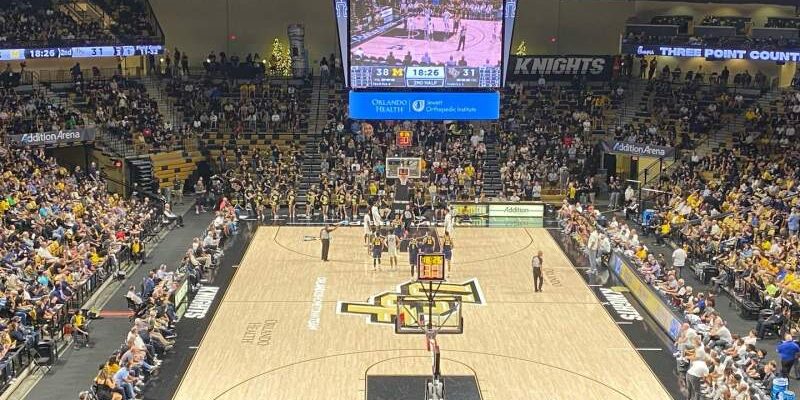 Postseason: CBI (Lost to Northern Colorado in Second Round)

The UNC Asheville Bulldogs roll into town fresh off their best season in Coach Mike Morrell’s career at UNCA, and an even better season could be in the works as they return four starters and have added some additional talent via the transfer portal. In what will be his fifth year at the helm, Morrell has a wealth of experienced players at his disposal.

This year’s team should revolve around Senior center Drew Pember, the Preseason Big South Player of the Year. Last season, the 6’10” big man netted 17.7 points per game while finishing sixth in the nation in blocked shots per game at 3.0. He also shot an impressive 86% from the free throw line.

Their lone key loss from last season is point guard LJ Thorpe, who averaged 14.1 points per game and led the team in assists, while connecting at a 40-percent clip from three-point range.

“We have a lot of new faces. I’m looking forward to playing someone else,” said UCF coach Johnny Dawkins at the conclusion of his team’s preseason preparation. He gets his wish tonight as the Knights will make their 2022-2023 debut in front of their home fans.

Unless you are a die-hard college basketball fan, your first reaction to UCF’s season-opening opponent might be, “Who?” You also may expect an easy win for the Knights. But as Lee Corso might say, “Not so fast, my friend!”

Picked to finish third in the Big South, UNCA is a talented team with a great deal of senior leadership, and last year’s postseason experience certainly has increased their level of confidence. If the Knights do not keep the multi-talented Pember in check, they will likely be in for a fight.