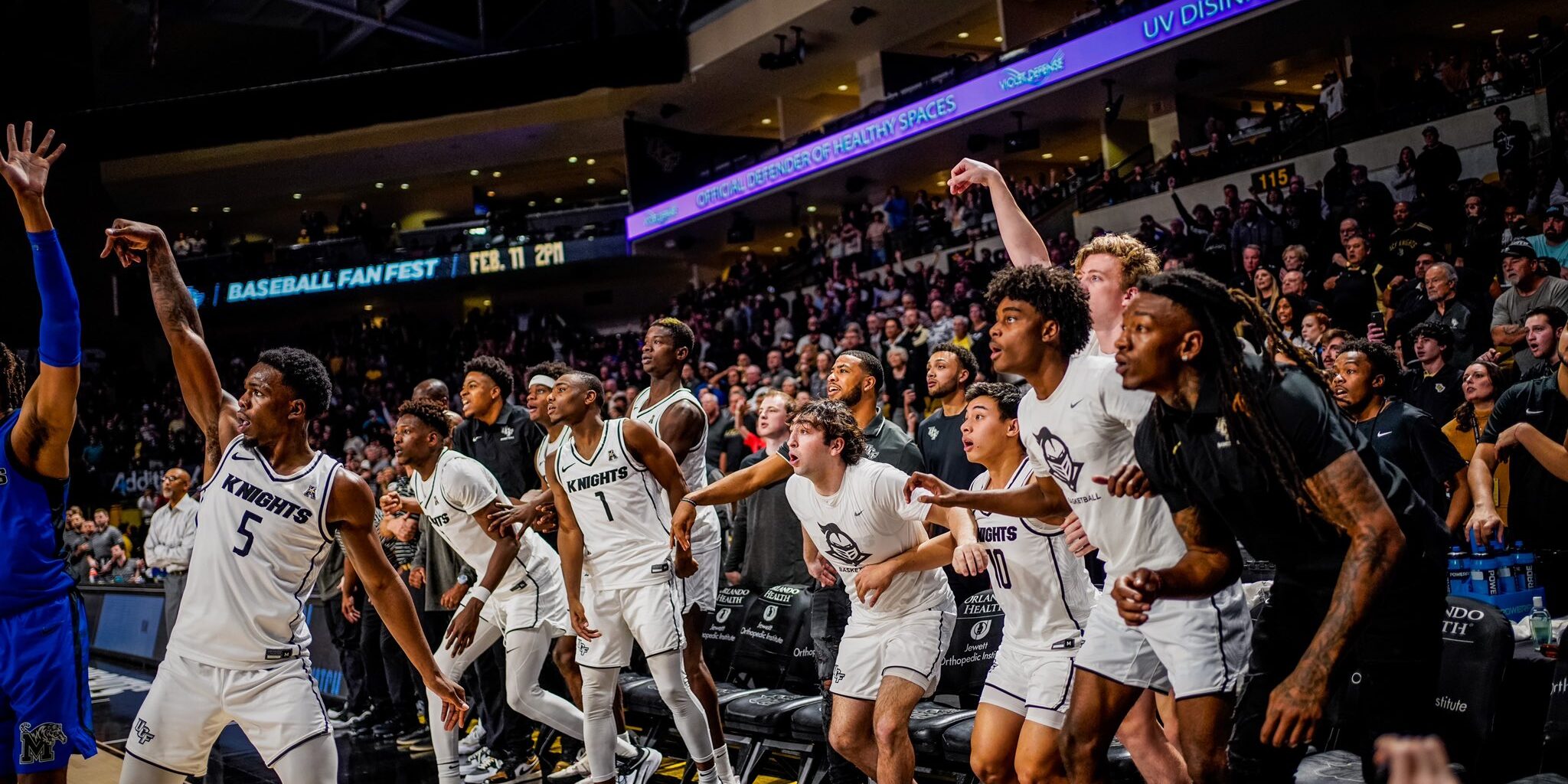 The Knights need to be focused in this one. There can be no hangover from the colossal double-overtime win against Memphis, or they will most likely lose. Tulane is a very underrated squad that will be on their home floor, and they’ll be feeling pretty good about themselves. After dropping their conference opener against Cincinnati, they’ve reeled off four in a row against Memphis, Tulsa, Temple and SMU.

Before I begin this section of my column, I am going to editorialize a bit. I have been a UCF basketball fan for many years, and this ranks right up there among the most gritty, gutty performances I can remember from a Knights team. Again, it’s not the biggest victory ever, but definitely one of the most impressive under the circumstances. Missing two important starters, battling foul trouble and playing against a quality opponent that wanted the game as much as UCF, the Knights still refused to lose. Very impressive, indeed. Johnny Dawkins, his staff and the players deserve a ton of credit for the job they’ve done this year.

After the Tulane contest, the Knights will have an entire week to heal before a road trip to Tampa for an AAC Conference cattle call against the lowly Bulls on January 21.

Tulane is so good this year in part because they do the fundamental things well. As a team, the Green Wave shoots 81.6% from the free throw line. There are entire teams that don’t have a single player who shoots free throws that well. They also average just a shade over 10 turnovers a game, which is quite low for the college game.

So far this season, Tulane is averaging 82.2 points per game while giving up 74.1.

The ESPN matchup predictor actually gives the Green Wave an ever-so-slight 50.7% chance to win, which surprises me a little. One wonders if they think the Knights will have a letdown, or do they really respect the Green Wave that much?

Please take note of the return to ESPN plus, as well as the early afternoon start time.

This will be the only meeting between the two teams this season, and may be the last for a good while, depending on what the Knights choose to do next year schedule-wise as they make their way to the Big XII. One thing’s for certain: If they do play next season, it won’t be a conference game.

UCF leads the all-time series 19-4, though the two teams split a pair of games last year. UCF won 68-66 on its home court last January 22, due in large part to 17 points and seven rebounds from Darius Johnson.

Tulane has not exactly been an NBA feeder system; in fact, the program’s most recognized player is famous at least in part, for the wrong reasons. While John “Hot Rod” Williams enjoyed a long and prosperous NBA career playing from 1986-1999 (nine of those with Cleveland), his time at Tulane is even more memorable. He was arrested in March 1985 for suspicion of point shaving. The indictment said Williams had taken at least $8,500 to influence point spreads in three games. His first court case ended in a mistrial, and while the second one ended with him being found not guilty on all counts, the whole mess cost the 6’11” Williams his entire rookie year in the NBA. Due partly to the scandal, Tulane ceased playing men’s basketball from 1985 to 1989. Sadly, Williams passed away from prostate cancer in 2015 at age 53.