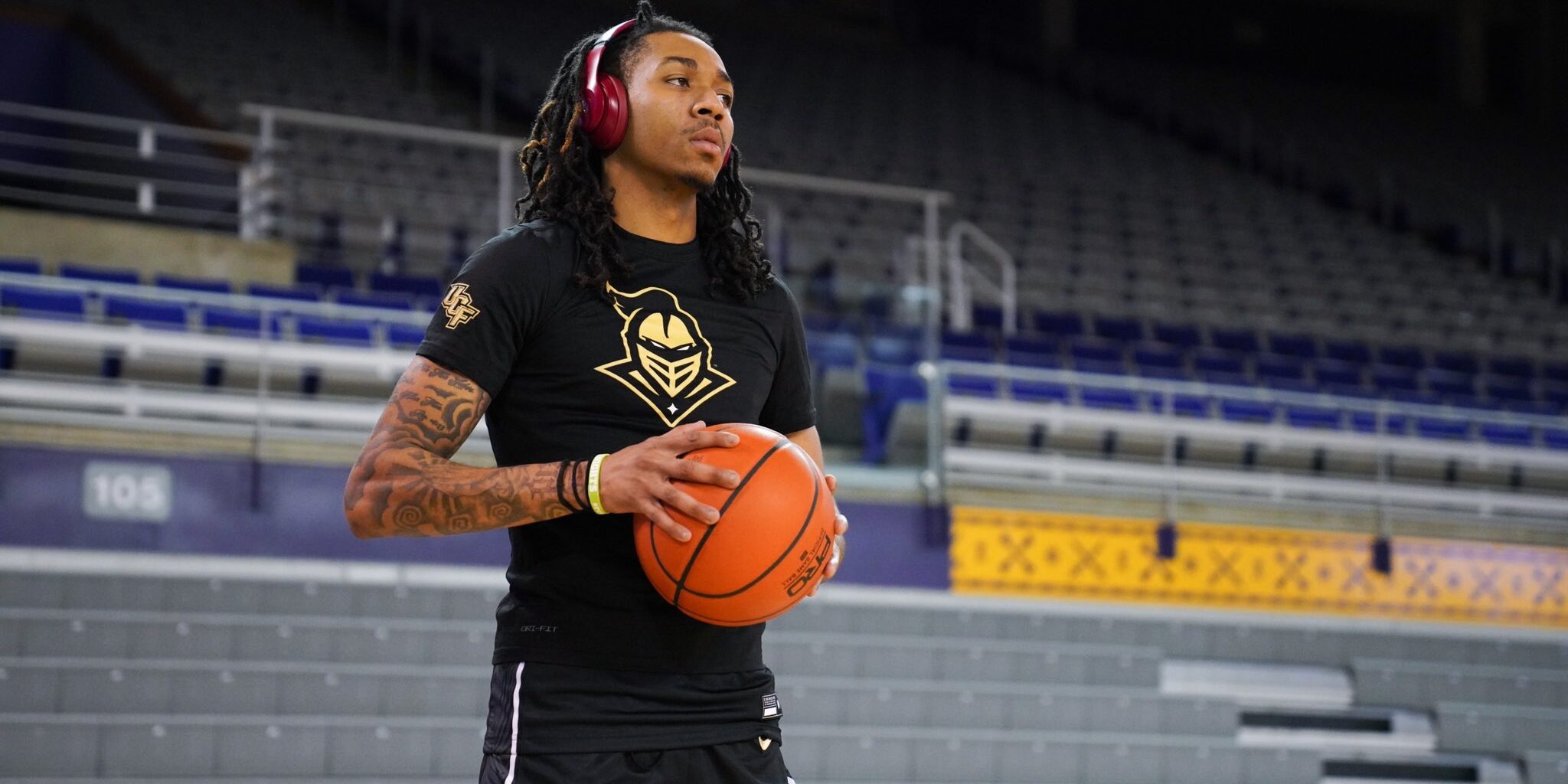 From the transfer portal comes 6’7” Senior Samuell Williamson (Louisville), who scores 8.7 ppg and is tied for the team lead in rebounds with Odijie at 7.1. Alabama transfer Keyon Ambrose-Hylton chips in with 3.1 ppg and 2.4 apg. Jalen Smith is a 6’4” Sophomore (3.8 ppg, 1.5 rpg, 1.7 apg) who played his high school ball at Orlando Oak Ridge.

“It’s league play now. Everyone is fighting for their life. It’s going to be this way the entire season. So we need to embrace it and compete hard every game,” UCF Coach Johnny Dawkins said after the ECU game, on the intensity level that seems to have ratcheted up a notch or two since conference season began.

To get a better idea of the current state of the two teams, consider this: Both UCF and SMU recently played at Houston. The Knights went toe-to-toe with the Cougars and nearly pulled off the upset last weekend. Meanwhile, the Mustangs were annihilated from start to finish this past Thursday, bowing to the Cougars by 34.

Through the first 15 games of the season, the Mustangs are averaging 68.9 points per game and give up 71.2.

Note the 2:00 start time and where it can be found on TV (ESPNU), as these are not typical.

When longtime SMU Coach Tim Jankovich retired at the end of last season, it set the wheels in motion for what has become a bit of a rebuild. Rob Lanier was hired away from Georgia State, where he guided the Panthers to an 18-11 regular-season record, a Sun Belt Conference Championship, and a trip to the NCAA Tournament.

Much like ECU Coach Michael Schwartz, Lanier comes from the Rick Barnes Tennessee tree of coaches.

SMU leads the all-time series 7-4. They won the only meeting between the two teams last year, capturing a 72-60 decision January 2 on SMU’s home floor.

There are currently two players from SMU in the NBA, Shake Milton of the Sixers and Semi Ojeleye from the Bucks.