Men’s Basketball Preview: UCF Knights on the road at the ECU Pirates 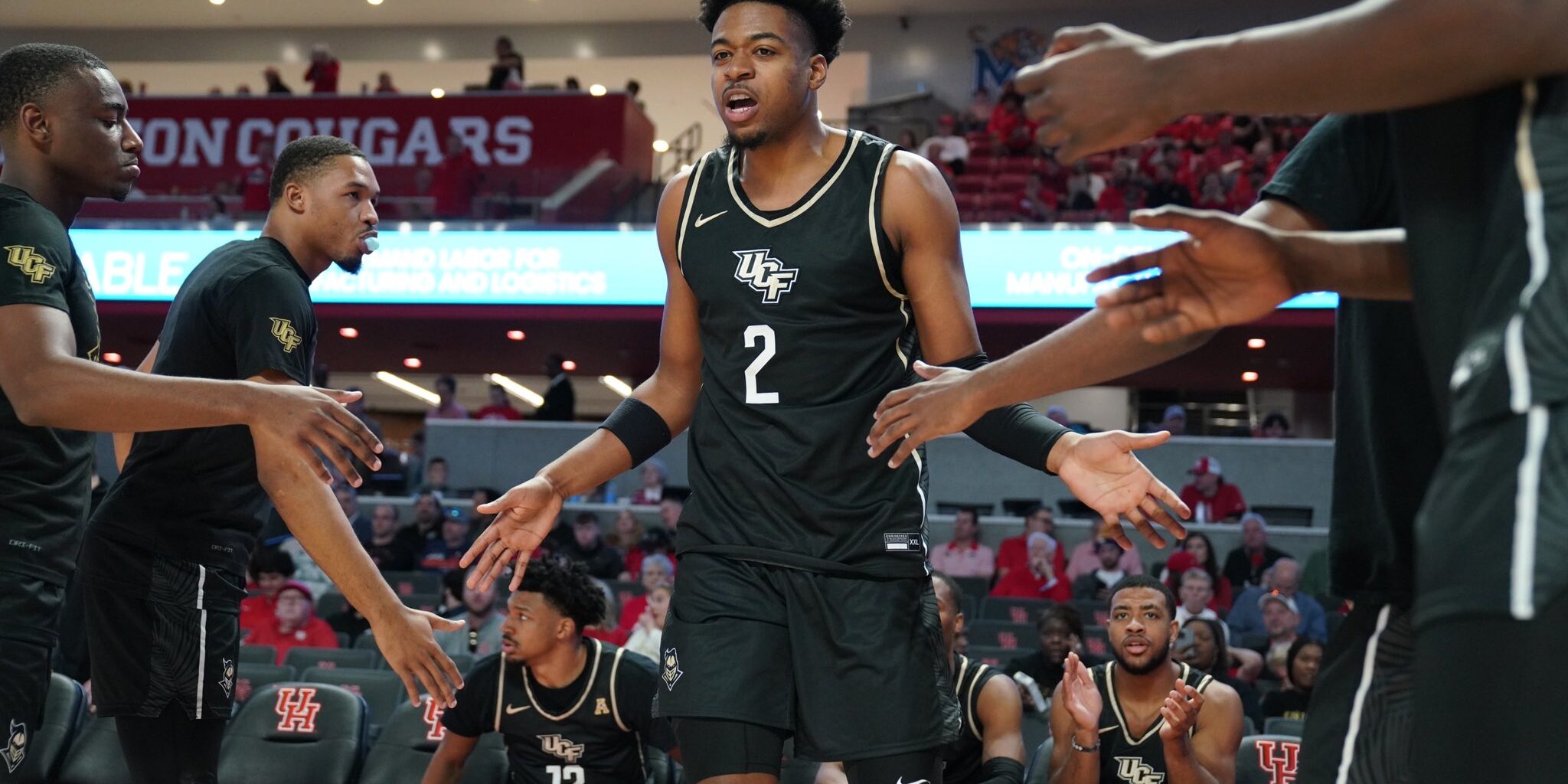 The Pirates have also gotten an immediate contribution from 6’8” true Freshman Ezra Ausar, who averages 8.8 points and 3.8 rebounds, and shoots an impressive 58% from the floor. Another Freshman who receives steady minutes is the diminutive 5’8” Los Angeles native Kalib LaCount (4.3 ppg, 1.5 rpg).

Two years ago, 6’2” Wynston Tabbs scored 13.3 points per game at Boston College before transferring to ECU last offseason. Unfortunately, Tabbs was forced to undergo knee surgery that kept him out for the entire campaign – the second such season-ender of his college career. When healthy, he was a top-shelf college player but he’s now slowly making his way back, averaging 3.5 ppg and 1.1 rpg in 10 minutes of action per game. Can he be premier again, or have the knee injuries robbed him of a once-promising career? I’ll be rooting for him, expect for when he plays against UCF.

Schwartz has done a nice job thus far in what is his first college head coaching job. Through graduation or transfer, he was tasked with replacing ECU’s top six scorers from last year. The good news is, he and staff are obviously very adept at developing young players. The 46-year-old Schwartz worked under Rick Barnes at Tennessee last year.

The Pirates were predicted to finish last in the conference this year by most experts. Based on the first 14 games of their season, they appear to be better than anticipated.

ECU comes in with a 1-1 conference record. They suffered a two-point home defeat to Temple in their opener. Like UCF, their conference win came against Wichita State.

This game is not a “layup” for UCF by any means; they’ll have to play a solid game to come out on top, especially away from home.

UCF leads the all-time series 26-9, including the last 14 in a row. The Knights were fortunate to get both games last year, as one was decided by three points and the other one went to overtime.

The ESPN Game predictor gives the Knights a 75.1 percent chance to win.

This contest will be a homecoming for UCF’s Brandon Suggs. The 6’6” Senior spent three years at ECU, scoring a career-high 10.1 points per game for the Pirates last season. But after Coach Joe Dooley was fired in March, Suggs began looking for greener pastures and ended up at UCF.

One last random thought: I have never seen so much optimism for UCF basketball following a regular-season loss. I guess that’s good; don’t you think?

John Weis is a freelance Writing/PR professional. His company, Weis Words (www.weiswords.biz) serves national clients such as advertising agencies, public relations firms, and sports organizations, as well as small businesses and private individuals. A native Central Floridian and basketball enthusiast, he spent six seasons as Broadcast Coordinator for the Orlando Magic Radio Network early in his career. He graduated from UCF in 1994 with a degree in Communications and can’t wait for the Knights to move to the Big XII.