Men’s Basketball Preview: The War on I-4, hoops edition 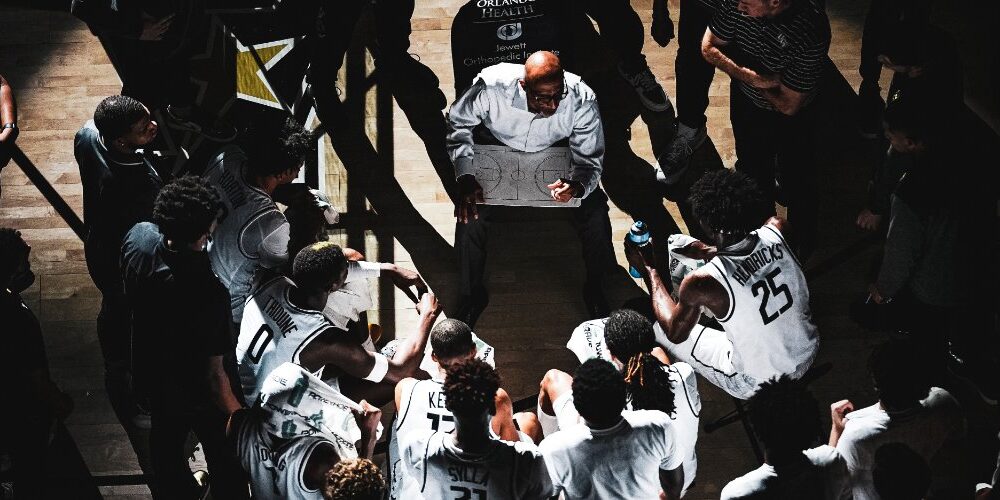 Following last year’s miserable season, USF Coach Brian Gregory went out in search of some additional scoring punch, and he plucked a player from a rival AAC team’s roster in the process. He’s 5’9” Senior Tyler Harris (16.3 ppg, 2.5 rpg, 2.9 apg) who played at Memphis last year – and Iowa State the year before that. After him comes the big man inside, seven-foot Junior Russel Tchewa (11.6 ppg, 7.5 rpg, 60.9% FG).

The Knights’ last game versus Tulane was particularly difficult for me to watch, as I am quite confident UCF is the better team when both teams are completely healthy. But the absence of key UCF players and Tulane’s homecourt advantage made the difference. As a result, I believe you will see an angry, hungry UCF squad take their frustrations out on a struggling USF bunch. The only potential danger I could foresee is if the Knights look ahead to the midweek rematch with top-ranked Houston. Losing their focus will make this a closer game than it should be, and you can bet USF will be fired up for this one simply because it’s a game against their arch-rival.

The ESPN matchup predictor gives the Knights a 73.3% chance to win. I’d like to think it should be higher, especially if Darius Johnson is ready to return.

This will likely come as a surprise to some, but USF actually leads the all-time series 25-21. USF won 18 of the first 22 meetings, but the Knights have captured 12 of the last 15 – including two of the three last year (the third game was a UCF win in the first round of the AAC Tournament).

Please take note of the noon start time, and the channel airing the game, ESPNU.

Coach Brian Gregory’s record with the Bulls may not seem all that special, but it’s a marked improvement from his predecessors. Orlando Antigua was fired midway through the 2016-2017 season amid accusations of academic fraud and an abysmal 23-55 record. Murray Bartow took over the team for the rest of the season and gained just one win in the team’s final 17 contests. The last USF coach to have a plus-.500 record during his tenure with the Bulls was Seth Greenberg (1996-2003), who is now a prominent commentator at ESPN.

The two teams will play again on February 22, this time in Orlando.

I was only able to find seven USF players who have made it the NBA. The most well-known of the bunch is Orlando Evans High School product Chucky Atkins, who averaged 9.9 points in 696 NBA games, including a stint with the hometown Orlando Magic. Atkins was part of the infamous, beloved “Heart and Hustle” Magic squad of 1999-2000.