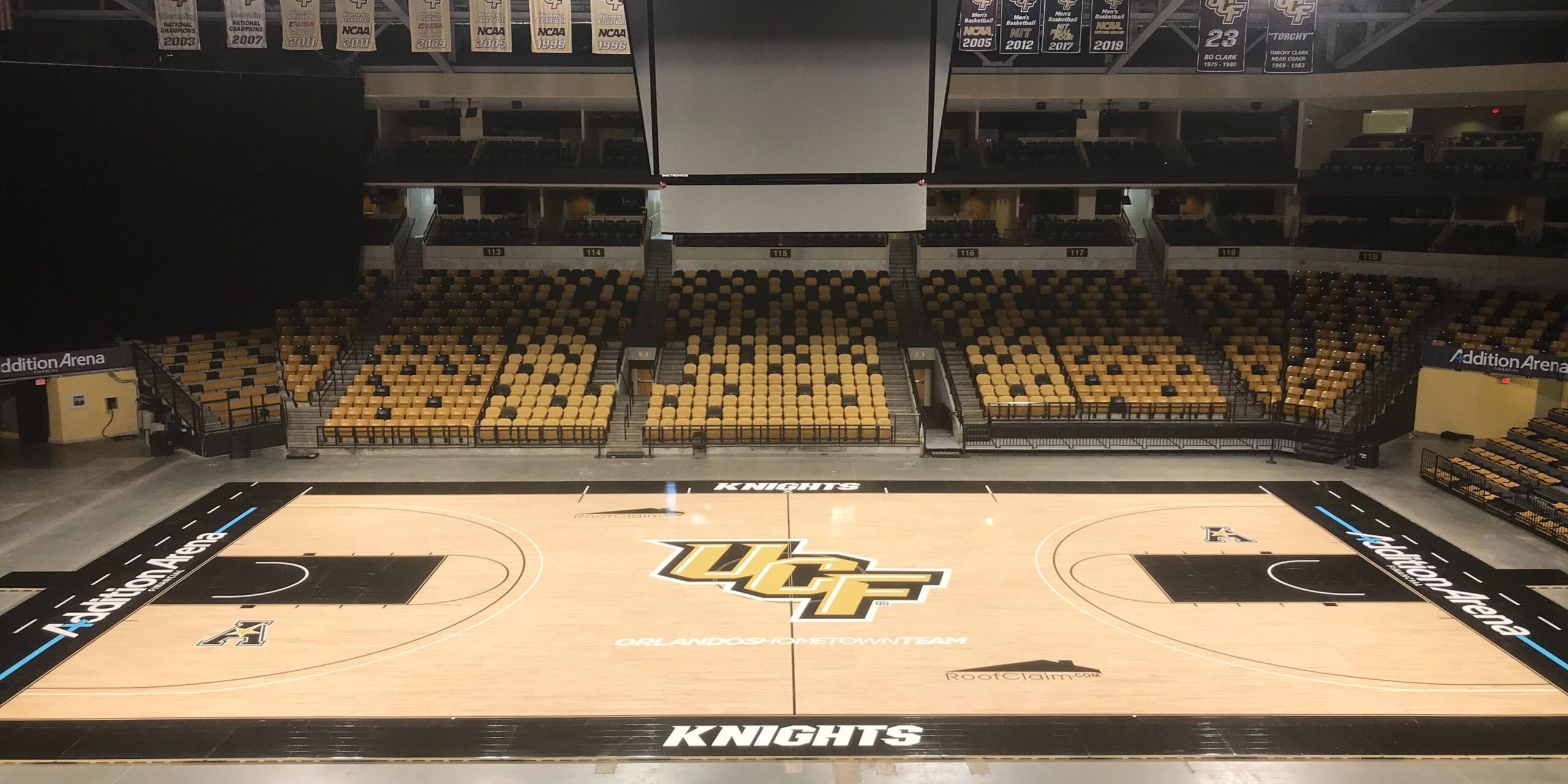 Happy Thanksgiving to all! The Knights return home from their triumphant Bahamas trip to take on the Evansville Purple Aces, who are much different from the team that lost their last eight games of 2021-2022 and limped home at 6-24. Gone is coach Todd Lickliter, and five of their top six scorers from last season have also departed.

New coach David Ragland did solid work in the transfer portal to find players able to contribute immediately, but he’ll need some more time to restore Evansville to the glory it enjoyed during much of the 1990s.

The Purple Aces won their season opener, defeating Miami of Ohio on the road. Since then, however, it’s been tough sledding as they’ve dropped three in a row, bowing to St. Louis, Southeast Missouri, and SMU.

With Evansville seemingly in complete rebuild mode, this should be a game won handily by the Knights. But as we were reminded from last weekend’s unfortunate football game, nothing can be taken for granted – and UCF still has to go out and do the necessary work to procure the win.

Through four contests, Evansville is averaging 62.8 points per game while giving up 69.8.

Ragland, who actually grew up in Evansville, is a first-time Division I head coach. He has nearly two decades of experience as an assistant in places such as Utah State, Northern Kentucky, Valparaiso, Bowling Green, Indiana State and his last stop, Butler. His lone head-coach experience was 2008-2010, where he piloted Vincennes (IN) Junior College to a 44-19 record in his two seasons there.

The two teams met on Evansville’s home court last November, with the Knights scoring a relatively easy 75-59 win behind 17 points from Darin Green Jr. and 15 from Darius Perry.

“I really like our grit … our fight,” Knights coach Johnny Dawkins told the media after UCF won the Baha Mar championship. “I’ve seen it over five games now. I’m really, really proud of them and we need to keep that going.” Winning a tournament away from home can be a real confidence builder. Will the Knights parlay the success they experienced in the Bahamas into a successful season? Are they better than many originally expected them to be?

If you’re like me and wondered how Evansville became known as the Purple Aces, here’s the answer: During the 1924-1925 season, the school (then known as Moores Hill Male and Female College Institute) defeated Louisville 59-39. Following the contest, Louisville’s coach said to Evansville coach John Harmon, “You didn’t have four Aces up your sleeve; you had five!” When Harmon repeated this to a local newspaper reporter, the two decided they like the name better than their original nickname, the Pioneers. They became the Aces at that time and added “Purple” in 1926.

The most famous Evansville alum is Jerry Sloan, a two-time NBA All-Star and six-time All-Defensive Team selection during his decorated 11-year playing career. However, Sloan is typically more recognizable to the younger generation as the coach of the Chicago Bulls and Utah Jazz who won 1,221 games, which currently ranks fourth in league history. Sloan was inducted into the NBA’s Hall of Fame in 2009.

After retiring as a player in 1976, Sloan actually accepted the Evansville head coaching job but subsequently changed his mind five days later. That same season, its first in Division I, the entire team, coaching staff, broadcasters, and a small handful of fans boarded a plane on December 13 to take them to Tennessee for a game against Middle Tennessee State. About a minute after takeoff, the DC-3 went down, crashing into a muddy hillside next to a ravine, claiming the lives of all 29 passengers onboard.

John Weis is a freelance Writing/PR professional. His company, Weis Words (www.weiswords.biz) serves national clients such as advertising agencies, public relations firms, and sports organizations, as well as small businesses and private individuals. A native Central Floridian and basketball enthusiast, he spent six seasons as Broadcast Coordinator for the Orlando Magic Radio Network early in his career. He graduated from UCF in 1994 with a degree in Communications and can’t wait for the Knights to move to the Big XII.