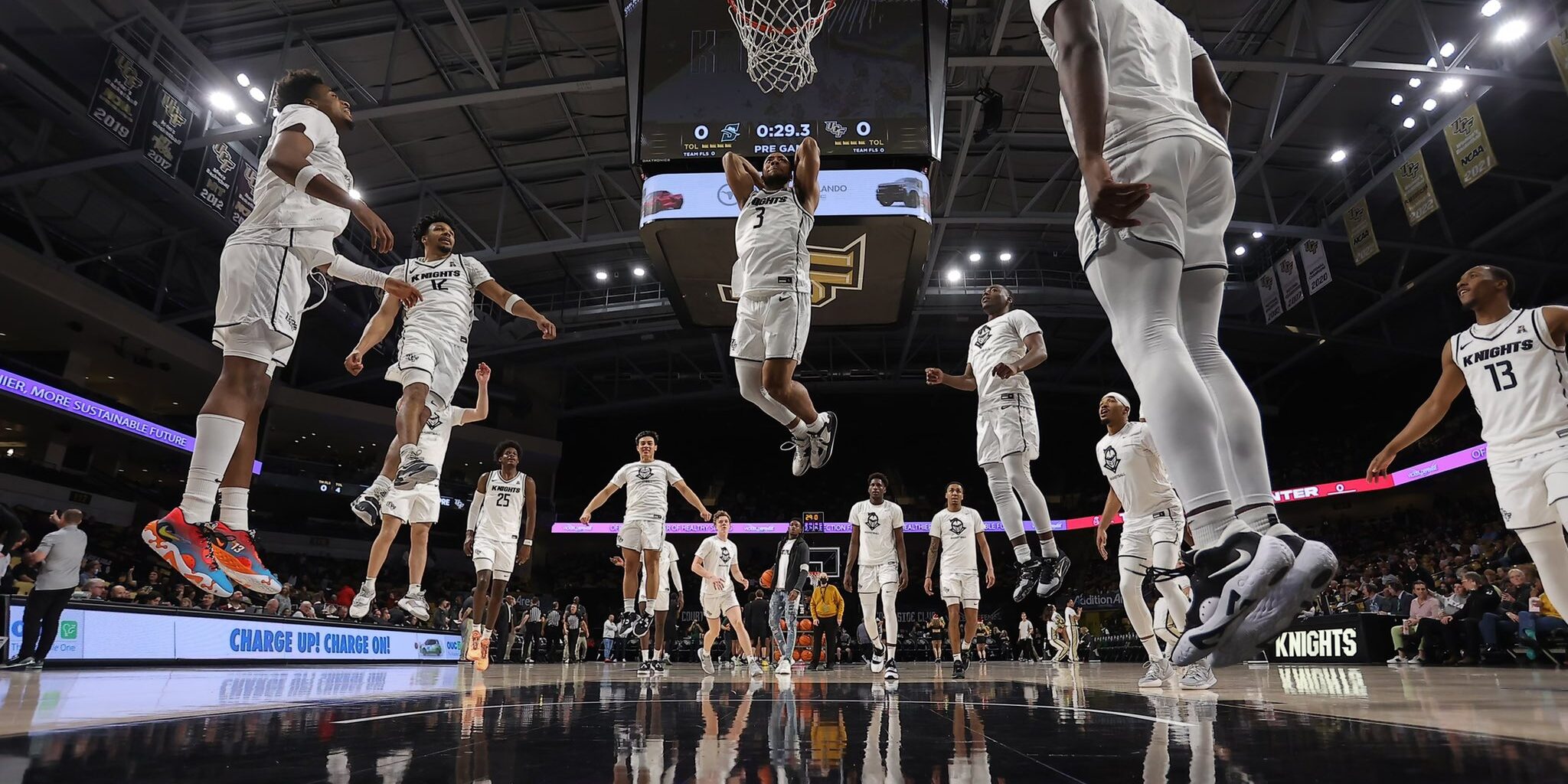 While preparing this report, the first thing I immediately noticed was that the Shockers’ two best players lead the team in every major statistical category. Leading scorer Craig Porter Jr, a 6’2” Senior guard (12.8 ppg, 6.1 rpg, 3.9 apg, 51.2% FG pct); and running mate Jaykwon Walton (12.5 ppg, 6.6 rpg, 52.4 FG pct) are essentially the bulk of Wichita State’s team. The 6’7” Walton, a Junior transfer from Georgia, has shot the ball impressively from three-point land, connecting at a 45.5% clip.

Other key players include 6’5” Sophomore Southern Miss transfer Jaron Pierre Jr. (9.6 ppg, 2.9 rpg); and 5’10” Sophomore guard Melvion Flanagan (7.2 ppg, 2.0 rpg), who began the season as a walk-on but has forced himself into the lineup, receiving his first start in last week’s game against Texas Southern. James Rojas (7.1 ppg, 4.7 rpg) is a 6’6” Senior forward, as is Gus Okafor (6.3 ppg, 4.8 rpg). Their tallest player is 7’0” Sophomore Quincy Ballard, who has appeared in nine games and averages 2.3 ppg and 2.3 rpg. His size will likely come in handy versus UCF.

“We’re back at 0-0 starting conference play after Christmas. That’s just the way it is,” Knights Coach Johnny Dawkins said after his team’s last non-conference game, a 73-58 win over Stetson. “We’ll regroup right after Christmas and start preparing for Wichita State.”

While there are other players who do contribute, none are particularly efficient. In fact, if you take out the stellar shooting percentages of Porter and Walton, the rest of the entire team is shooting just 38.2 percent from the floor. That’s a huge drop-off!

If the Knights can cool off one of the two big guns (Porter Jr. and Walton) and keep the others from getting too hot, UCF has an excellent chance to start the conference slate on a winning note. And they really need this one, as their next game is in Houston against the third-ranked Cougars on New Year’s Eve.

Following the “shocking” and sudden resignation of Coach Gregg Marshall in 2020 amid allegations of physical and verbal abuse to players and staff members, Isaac Brown was thrust into his first head coaching job (interim at the time) just eight days before the season opener. His team performed so well (16-6 overall, 11-2 first-place AAC record) he was given a new five-year deal and garnered AAC Coach of the Year honors that season. The squad has regressed a bit since then but are still very formidable.

Prior to his departure, Marshall won 331 games and took the Shockers to a number of NCAA Tournaments and the 2013 Final Four.

The bad news is, Wichita State leads the all-time series 8-1. The good news is, UCF won the last meeting on February 8, defeating the Shockers 71-66 at home behind 19 points and 9 rebounds from Brandon Mahan.

Wichita State became a basketball-only member of the AAC in 2017. Prior to that, they played in the Missouri Valley Conference.

The Shockers and Knights will play a second game later in the season, this time in Wichita on February 8, 2023.

There are currently three NBA players who played collegiately at Wichita State. They are Austin Reaves from the Lakers, Landry Shamet of the Suns and Fred VanVleet of the Raptors.