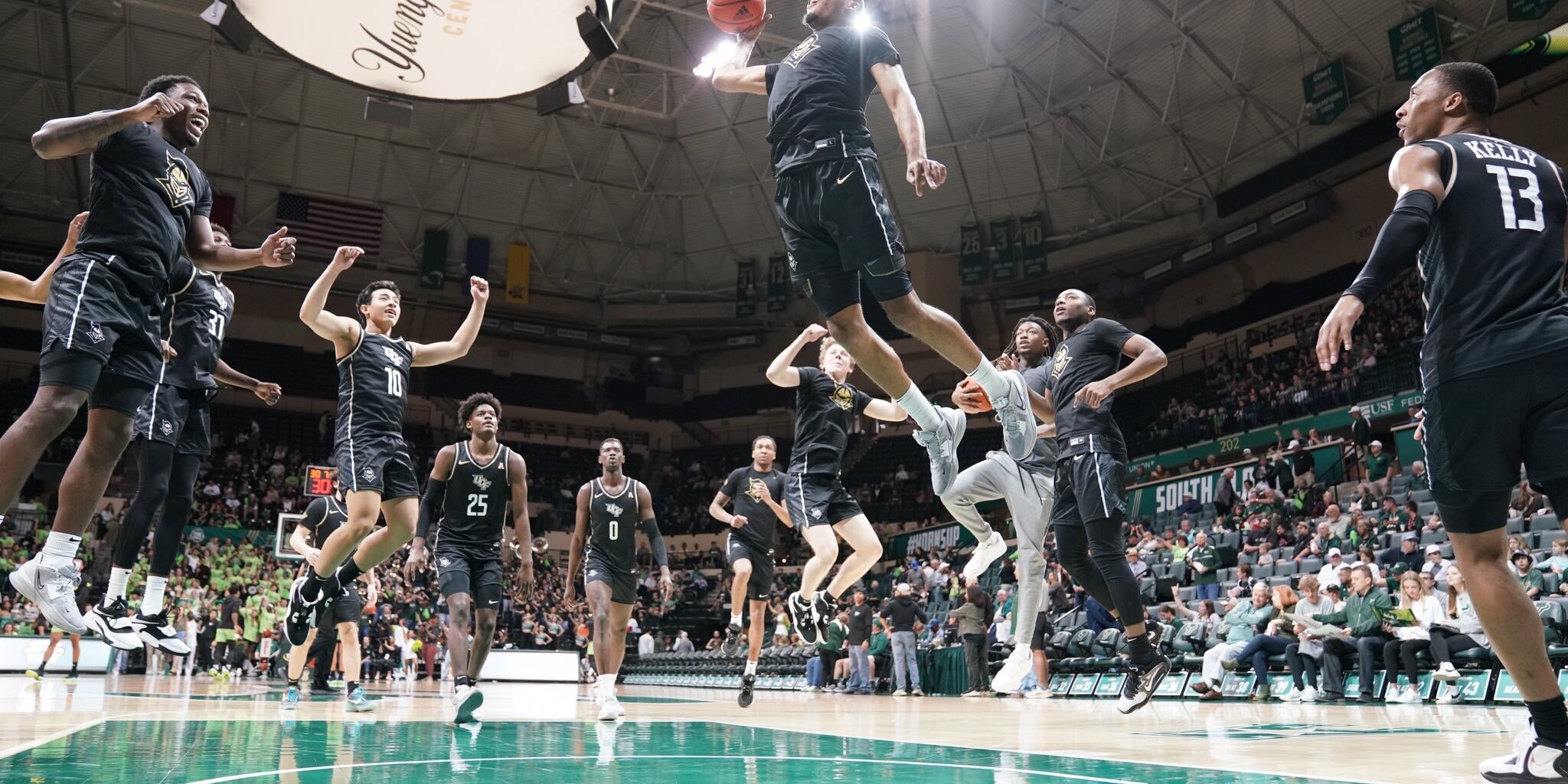 Shock. Disappointment. Maybe even a little anger. These are the emotions Knights fans felt after the debacle in Tampa last weekend. UCF came out flat, and basically stayed that way through most of the game. Meanwhile, Houston is likely going to be a bit salty as they travel to The City Beautiful, as the top-ranked Cougars fell to an underrated Temple team by a point at home last Sunday.

“We have to play well on both sides of the court,” Knights’ Coach Johnny Dawkins told Sons of UCF’s Trace Trylko after the USF game, when asked about what UCF must do to beat the Cougars. “Houston does such a good job of making it hard for you that you have to find a way to be poised offensively and execute what you want. And then, defensively, you have to be locked in because they have a lot of weapons and they’re playing really good basketball.”

The Cougars are averaging 75.1 points per game and, as one of the country’s top defensive teams, are surrendering just 53.4.

How smothering is Houston’s defense? For the season, their opponents are shooting just 34.2 percent from the floor.

Houston leads the all-time series 18-10 and has won the last six in a row.

Coach Kelvin Sampson believes in keeping things in the family. His son, Kellen, is his top assistant; and his daughter, Lauren, is the team’s Director for Basketball Operations.

Most everyone remembers Hakeem Olajuwon, Clyde Drexler and even Elvin Hayes as NBA superstar players who are former Cougars. But one former Houston standout who has been woefully underrated for decades is Winter Haven’s own Otis Birdsong. In four years at Houston, Birdsong tallied 24.4 points per game, including a Senior season that saw him average 30.3 points while shooting an astonishing 56.9 percent from the floor. In 696 NBA games spanning 12 seasons (1977-1989), Birdsong averaged 18.0 points, 3.0 rebounds and 3.2 assists for the Kansas City Kings, New Jersey Nets and Boston Celtics. His career high was set in 1980 when he scored 49 against the Denver Nuggets, sinking 20 of his 25 shot attempts in the process. His career statistics are all the more impressive when you remember they were accumulated during an era prior to the three-point shot. Along the way, Birdsong amassed four NBA All-Star selections.